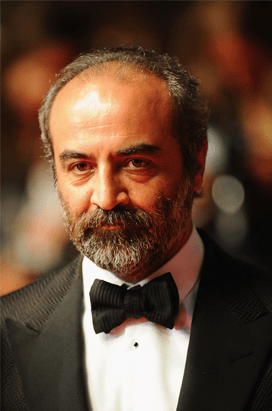 Yılmaz Erdoğan is a Turkish filmmaker, actor, comedian and poet, who is most famous for his box-office record-breaking debut comedy film Vizontele (2001) and the television series Bir Demet Tiyatro (1995–2002/2006-2007). He was awarded the Best Supporting Actor at 4th AACTA Awards for his performance in The Water Diviner (2014).